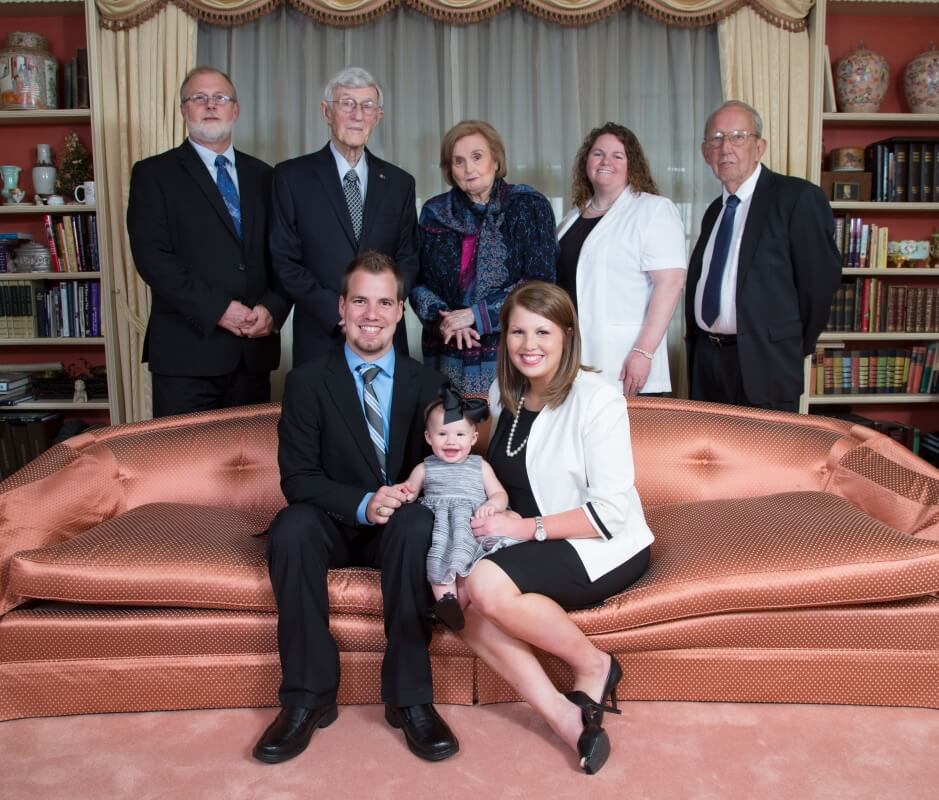 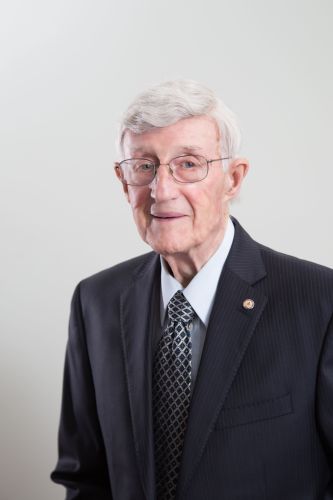 William began his career in funeral service in 1948 at Price Funeral Home in Lewisburg, Kentucky. It was there that he served his apprenticeship. He graduated from the Kentucky School of Embalming in 1950 and went on to serve his country in the United States Air Force from 1951 to 1955. He married Ima Sue Dorris in 1952, just before he was transferred to Keflavik, Iceland for one year of service as a qualified Weather Observer.

Bill dedicated his life to serving others and their families during their most difficult time of need, up until his recent retirement. He has been a familiar face around the community for many years, and been an inspiration to those he has met along the way, with his classic phrase “I’m too blessed to be stressed.”

Together, Bill and his wife Ima have three children, eight grandchildren and six great-grandchildren. 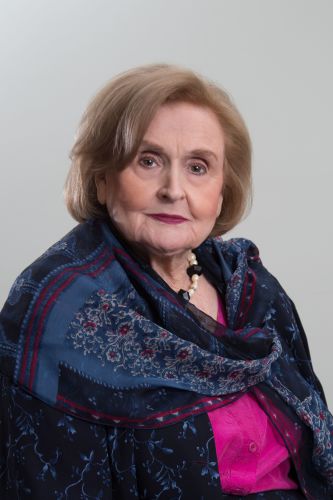 Ima is a native of Lewisburg, Kentucky and a graduate of Lewisburg High School. In 1952 she married William L. “Bill” Danks. She and Bill moved to Beaver Dam in 1959 and she began working as the Secretary at Beaver Dam Baptist Church. When Erwin L. Casebier Funeral Home came up for sale in 1966, she and Bill purchased the business now known as William L. Danks Funeral Home. Ima began serving her Funeral Directors apprenticeship soon after and became a licensed funeral director in 1969. She is a member of Beaver Dam Baptist Church, Beaver Dam Women’s Club and the Ohio County Chamber of Commerce. Together, Ima and her husband Bill have three children, eight grandchildren and four great-grandchildren. 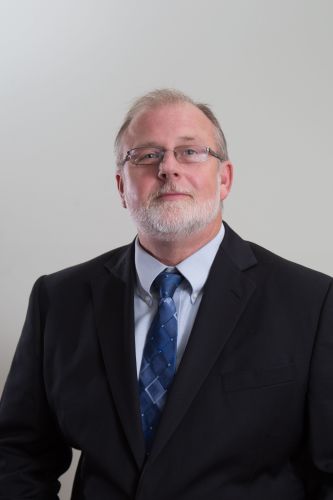 Jeff graduated from Ohio County High School in 1974. In 1977 he began serving his apprenticeship under his father at William L. Danks Funeral Home. Upon completing his apprenticeship he attended The Kentucky School of Mortuary Science in Louisville, graduating with honors and earning his funeral directors and embalmers license in 1979. He returned home to join the family business where he has served as a licensed funeral director and embalmer for the last 37 years. Jeff is a member of Beaver Dam Baptist Church and the Beaver Dam Masonic Lodge #420 F&AM. He also served as Past President of the Southern District of the Funeral Directors Association of Kentucky. He has three children and two grandchildren and he resides in Beaver Dam. 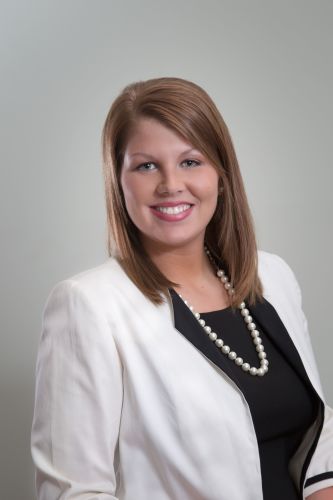 Lauren graduated from Ohio County High School in 2005. After graduation she moved to Morehead, Kentucky to attend Morehead State University on a Cheerleading Scholarship. In 2008 she transferred to Western Kentucky University where she earned a Bachelor’s Degree in Sociology and Criminology. After graduating from WKU, Lauren began serving her apprenticeship at William L. Danks Funeral Home. In 2010, she attended Vincennes University where she received an Associate’s Degree in Funeral Service and Mortuary Science. She became a licensed funeral director and embalmer in 2014. Lauren attends Living Faith Baptist Church and is a Delta Gamma Alumnae of the Morehead State Delta Omicron Chapter. Lauren is a member of the Ohio County Chamber of Commerce where she serves on the Board of Directors. She and her husband Colten were married in 2014 and they have one daughter, MaKenna Blakelee. They reside in Beaver Dam. 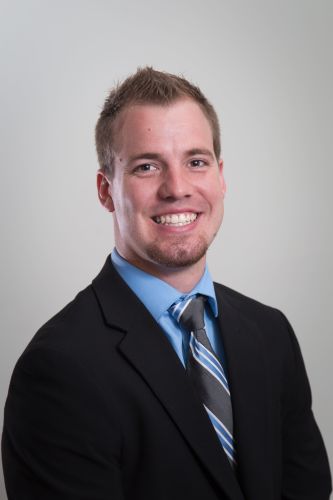 Colten is a 2011 graduate of Ohio County High School. After graduation he began working at National Office Furniture in Fordsville. In 2014 he joined the William L. Danks Funeral Home family where he began serving his funeral directors and embalmers apprenticeship. He is a member of the Freidaland Masonic Lodge #863 in Horse Branch and attends Living Faith Baptist Church. Colten and his wife Lauren were married in 2014 and they have one daughter, MaKenna Blakelee. They reside in Beaver Dam. 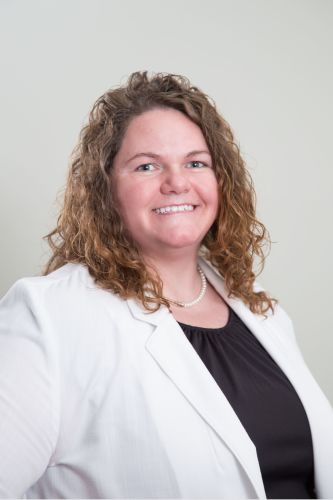 Jaime is a native of Horse Branch where she spent most of her childhood. She graduated from Muhlenberg North High School in 1995. After graduation she worked as a Certified Nursing Assistant and Phlebotomist until returning to school at Mid-America College for Funeral Services in 2007 to obtain an Associate’s degree in Mortuary Science and Funeral Service. In 2009, after serving her apprenticeship at James H. Davis Funeral Home in Owensboro, Kentucky she became a licensed funeral director and embalmer. While working as a full time licensed funeral director and embalmer at Johnson-Vaughn-Phelps Funeral Home in Bowling Green she obtained a Bachelor’s of Business Management. In 2012 she returned to Ohio County where she worked as a full time funeral director and embalmer. In 2016 she joined the staff at William L. Danks Funeral Home. She and her son Ethan reside in Beaver Dam. 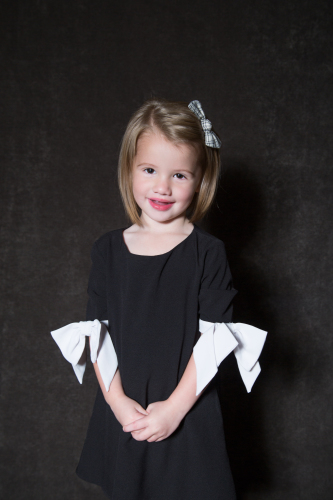 MaKenna is the daughter of Colten and Lauren Danks Allen, the granddaughter of Jeff Danks and the great-granddaughter of Bill and Ima Danks. She began comforting the grieving families that we serve at the age of 4 weeks old. When you walk through our doors, she will guarantee a smile on your face.

A year of daily grief support

Our support in your time of need does not end after the funeral services.  Enter your email below to receive a grief support message from us each day for a year.  You can unsubscribe at any time.